Though I had an overall so-so opinion of Joe Wright’s 2017 Winston Churchill biopic, one aspect of the film stood out to me just as much as Gary Oldman’s spellbinding lead performance – and that’s Bruno Delbonnel’s brilliant cinematography.

And part of the reason is this one shot, right here: 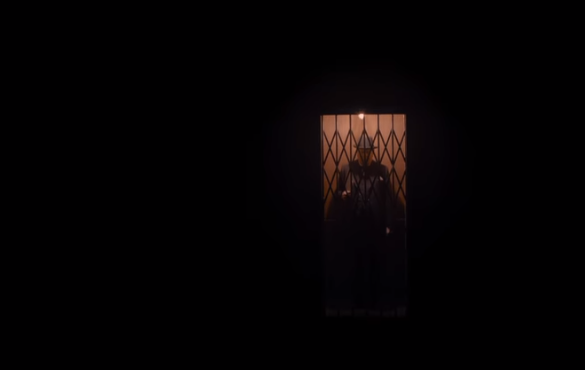 Even if you haven’t seen the film or know nothing about Winston Churchill’s tenure as the British Prime Minister during the chaos of WWII, this image tells the story. The entire sequence is evocative – as many sequences throughout the film are, thanks to effective lighting techniques and superb directing – but this one shot perfectly encapsulates the way Churchill is portrayed this movie. He is a man alone, and restricted, facing a terrifying, unknown darkness. But there is a single light – he can’t clearly see the path, but continues to forge ahead.

In the film, Churchill faces an endless onslaught of doubt and opposition – much of it justified, due to his somewhat checkered track record – as he leads the nation against the ever increasing threat of the Axis powers. And though it’s a position of prominence, he is still effectively in a cage. Bound by law, bound by those who fear him and those who loathe him, bound by indecision, bound by the threat of being deposed. He grapples with what to do in the face of the Dunkirk evacuation, and how to handle a nation – and a world – at war. Asserting you cannot reason with a tiger while your head is in its mouth.

This is what that still means – this is a man with his head in a tiger’s mouth. Alone, restricted, and facing the unknown.

Any suggestions for more films/shots, message me!