Now, I will freely admit that I am not a people person. I dislike most activities that involve interacting with large groups of people. I do not talk to strangers, both for safety reasons, and an inherent distaste for making small-talk.

However, I feel there are certain rules that should be followed when in public places. Some of these unspoken guidelines are obvious; like, don’t be a jerk, treat people the way you want to be treated, look both ways before crossing the street, hold the door for your elderly neighbors, etc, etc.

But I cannot help noticing that certain “rules” are often ignored, and the rule-breakers either have no idea that they are being a complete butt-head, or they simply do not know the basics of etiquette.

Now, I am not an etiquette master by any means. I don’t do fancy forks and all that nonsense, and would be a menace at a cotillion. And yet, while I have the disposition of a hungry bear that is waking from a three-month hibernation, I do my best to be polite when interacting with others. I turn my inner grizzly into a teddy-bear. Because I’m polite, dammit.

There are three places in particular where I notice a blatant disregard for proper etiquette the most, and those places are the gym, the movies, and the grocery store.

Let’s start with the gym.

Now, I go to a really laid-back gym. I like going there, have been a member for six years, and go 5-6 days a week, most weeks. It’s pretty small, and other gyms probably have a wider variety of clientele. At my gym, if you go between the hours of 8-10AM, the place is full of the elderly and/or rehabilitation folks. They are some of the nicest gym-goers I’ve ever encountered, though, occasionally, they will sit on the machines and chat with one another for a little too long, but that isn’t intentionally harmful.

It’s in the late afternoon/evening where the jerks come to play.

First of all, is it that hard to wipe down the machines after you use them? No, it isn’t. And yet, some people don’t seem to realize that other people do not want to use a machine that is soiled with stranger-sweat. It’s not just disrespectful, it’s gross. No one likes stranger-sweat. I don’t even like my own sweat.

Also, if you fill the entire gym with your dying-seal groans, that can infiltrate relatively soundproof ear-buds, then you are probably lifting too much weight and need to scale it back a little.

Then we have those select few who think it is appropriate to blatantly stare at other gym-goers. If you are one of these people, and you think that you are being subtle about it, I have news for you – you aren’t. It’s common enough at my gym that there is a rule about it on the rule-board. And yet, there is a guy at my gym – who I call Cargo-Shorts Guy, because he wears cargo shorts to work out – who I swear only goes to the gym to stare creepily at girls. Don’t be Cargo Shorts Guy.

At my gym, there are time limits for certain machines, because they are in high demand at “peak” hours, which is typically when I’m there. I witness people break this rule on a daily basis. Some nights, I can’t finish my routine because someone is hogging the elliptical. It’s not like they don’t see the time limit – it’s taped onto every machine. Maybe someone else would like to use the treadmill today, yeah?

Most days, I get through my workout without incident, but I am still appalled at some of the behaviors I see there. But that’s nothing compared to the monsters you find at the grocery store.

My grocery shopping routine is simple. Go in, get stuff, pay, leave. The less time I spend in there, the better.

But that does not mean I escape unscathed.

Last week, I needed to pick up dinner before heading off to work a late shift, so I stopped by the grocery store, thinking that I would just pick up a box of Lean Pockets and be out in two minutes. Alas, this was not the case.

I always use the self check-out. Typically, this is because I only ever buy 5 or six items at a time. And I am lightning-fast at scanning. However, on this particular day, luck was not on my side. And this is because there were numerous people going through the self check-out with FULL CARTS OF FOOD. I am talking carts overflowing with cereal boxes, lunchables, and bags of chips. I mean REALLY. One woman had to keep bugging the poor attendant because she didn’t know any of the codes for her produce, and her cart was comprised ENTIRELY of produce.

If you are one of these people, I ask you: WHY? WHYYYYY?

The convenience of self check-out is a marvelous thing, I know, but if you are buying enough food to feed a small army, then for the love of quick shopping trips, go through the regular line. You might think it’s convenient for you, but you are inconveniencing literally everyone else just because you don’t want to go through the regular line. The woman in front of me was buying diapers. Just diapers. And we had to wait in line for fifteen minutes because every bay was taken by someone with at least one full cart of product – some even had two.

I understand that some people don’t like it when other people bag their items for them (I mean, what if they put the Easy-Mac with my grapes? Perish the thought…) but there is a simple solution for that: BAG YOUR OWN STUFF. If, by chance, I happen to be making a big trip, I go through the regular line and I bag my own items. Simple as pie.

Then there’s the people who don’t follow lane procedures. These folks stand in the middle of the aisle, comparing the prices of peanut butter or applesauce or what have you, forcing others to perform acrobatic moves of incredible flexibility to even get past them. I once said “excuse me” to a woman who was blocking the middle of the aisle, and she told me to go and do something anatomically impossible and refused to move.

STAY ON ONE SIDE OF THE AISLE, PEOPLE. It isn’t hard.

Also, as a side note: Don’t let your children steer the cart if they are not tall enough to see over the handlebar. Just a couple of days ago, I was perusing the frozen pizzas and was struck by a cart full of cookies, Boo Berry, and Juicy Juice. The child-driver laughed at me as I stumbled into a display of playground balls, while his mother scolded him, the voice of utter defeat, “Sweetie, don’t run, you’ll hurt someone.” The child then sped away down the frozen foods aisle, laughing all the while.

After a stressful day of grocery shopping, one might find solace in taking in a movie. I go to the movies frequently, about two or three times a month, or more, depending on what’s out. I love movies. And it might just be me, because I am very particular about my movie-viewing experiences, but I feel as though there is a proper way to behave when you are in a movie theater, around other movie-goers.

Only three times in my life have I ever been in a theater that was empty save for my friends/family and I. My mom and I saw Cinderella this year, and, because it was a matinee on a school day, we were alone on the theater, so when I felt like making a comment about how cute Richard Madden looked, I didn’t have to whisper. Also, my best friend and I saw Percy Jackson and the Olympians: The Sea of Monsters and Jupiter Ascending, and we were the only people in the theater. So we were as loud as we wanted to be because there was no one there to bother.

However, some people are as loud as they want to be even when there ARE people there to bother.

Last Friday, I took my parents to see The Martian. There were a group of kids in the theater who kept JUMPING up and down the stairs. Physically LEAPING. I am not sure what purpose this served, except for making the ground shake. By “kids,” I mean they were 15. And one of them was wearing a denim vest, which is an atrocity in itself. Eventually, someone asked them to stop, so they left the theater. They essentially paid $10 to jump up and down some stairs and not even finish the movie. WHY? WHYYYYY????

Also, the people behind me talked for the entire movie. Why do people pay money to go an talk the entire way through a movie? GO TO STARBUCKS, GET A LATTE, SIT DOWN AND CATCH UP. Don’t have your all-important life chats when everyone else in the theater is trying to watch Matt Damon eat potatoes grown in his own shit.

I was once in a screening of Iron Man 2, and in the first two rows (the ones where no one sits because you have to crane your neck to see the screen) were about ten teenagers, who decided that the rest of the theater needed to hear their commentary, and all of them had their phones out. Needless to say, when they were kicked out by theater staff less than halfway through the film, everyone else applauded, and the kids gave us the bird. Yeah… if you are a teenager like that, you should feel bad. And you’re not cool. If you were a teenager like that, then I hope you look back on yourself with the utmost amount of shame.

And people who text during a movie… just stop. Put your phone down for two hours. If you can’t, wait two years until the movie is on TV. I don’t need your phone screen flashing on my periphery when I’m trying to enjoy the movie.

AND FOR THE LOVE OF CASABLANCA, SHOW UP ON TIME. People who walk into a theater ten minutes into the movie – not the previews, the actual motion picture – with their arms laden with nachos and popcorn, and they can’t find the seat printed on their ticket, so they wait for an usher to escort them, disrupting everyone else… no. Just… no.

Now, I could go on. I won’t, because I’ve gone on long enough, but honestly, maintaining proper etiquette when in public isn’t difficult. It isn’t. If I, a girl with the mentality of a perpetually hungry zombie, can be sweet as a flower-covered pixie when interacting with the public, then so can the rest of the world. Common courtesy takes zero effort…. and it’s even rewarding, at times. Because most of the time, when you show people respect, they’re going to respect you in return. 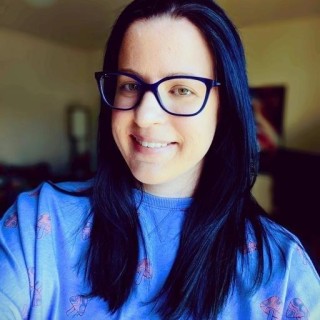