I’ve already told the horrible story of Lucille, but before that dastardly purple horse, I was brought into the wonderful world of reading with a series about a character known as Little Critter, created by Mercer Mayer.

If you are unfamiliar with Little Critter, this is what he looks like:

A bit frightening, but he sure as heck rocks those overalls. I loved these books as a child. The first one I read unassisted was called I Am Sharing. I plucked it off the shelf one day, sat down, and read through it all on my own. From that moment on, I was a reader.

Other than Little Critter, I also devoured the Berenstain Bears, by Jan and Stan Berenstain, the Eric Carle books, and a lot of Doctor Seuss… my favorites being And To Think That I Saw it on Mulberry Street, Yertle the Turtle, and The Lorax. I was also a big fan of Owen by Kevin Henkes, Corduroy by Don Freeman, and Make Way for Ducklings by Robert McCloskey. I even had several books on tape (Yes, tape – I am old enough to remember using tapes), which I listened to over and over again to fall asleep at night. These types of stories are the ones I hope still appeal to young readers, a couple of decades later.

After, I worked my way into more difficult series – two of the big ones were The Hardy Boys and Nancy Drew mystery books, written by a variety of ghostwriters under the same pseudonyms while working for the Stratemeyer Syndicate. My dad is responsible for influencing my love of mysteries and suspense stories, as he also introduced me to old radio detectives like Sam Spade and Richard Diamond. To this day I can’t resist a good mind-bending mystery. I was also drawn to The Babysitter’s Club stories by Ann M. Martin and The Boxcar Children by Gertrude Chandler Warner. My shelves were full of these books, and I even read some of the adventures multiple times in order to recapture the magic. 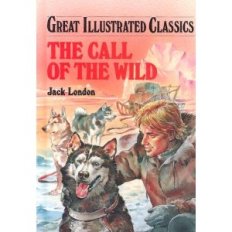 After that, I had classics like fantasy series The Chronicles of Narnia by C.S. Lewis, and abridged and illustrated versions of stories like Black Beauty by Anna Sewell, The Call of the Wild and White Fang by Jack London, and The Swiss Family Robinson by Johann David Wyss. I used to try to recreate the drawings in these books, which also helped foster my love for drawing. I enjoyed these sort of “watered down” versions of the classics because I got to experience them at a young age, and when I grew older, I could read the “real” versions and feel nostalgic about the editions I read in the past, and appreciate that those stories are made accessible to younger readers. I don’t think I’d be as much of an avid reader if not for any of these books, way back to that first Little Critter book.

These books made me love reading. These titles and series are the cornerstones of my love for reading, and the foundation of my reading habits – and I’m curious to know what sparked your love for reading!